Ah, Buckwheat.  Give it to me in raw, porridge, or pancake form, but get it in my mouth!  Buckwheat porridge- so unassuming, so unglamorous, yet so lovely to wake up to.  Perfume it with pear, cacao nib, and cardamom mix-ins… I know, right?

My relationship with buckwheat began after a prolonged, messy break-up with oatmeal.  You see, steel cut Oats are scarce in the UK, so I have been left to cook with rolled oats or *groan* quick cook oats.  Quick cook oats are one of those inventions of convenience (breakfast in 90 seconds!) that leave you with such a sorry breakfast experience, I don’t understand how they ever took off.  Plain quick oats are gluelike, but with less flavor.   You can see why the food companies have to add so much sugar to make them even palatable (e.g.- the 16.1 grams of added sugars in Quaker Oats Oat so Simple Apple and Blueberry).

Since wallpaper paste is not an option, and the equivalent sugar in 2 ½ chocolate hob nobs is not an option, my pursuit for my beloved steel-cut oats began.  I searched every grocery store I came to – no one even knew what I was talking about.  Amazon is always there for me in times like these, but once you pay shipping, it’s too pricey to justify as a staple breakfast item.  I came to the hard conclusion that it just won’t work between me and oatmeal.  We said our goodbyes as my measuring cup scraped the bottom of my tin brought from America.  I then began to look for another.  What could I possibly find that would give me the chewy, nuttiness steel cut oats hit, yet be readily available at Tescos?

When I first began experimenting with seed (you thought it was a grain, didn’t you? Nope, a seed.  Related to rhubarb and sorrel, at that.), my very low expectations were met with equally low results.  The packaging and most websites called for a 3:1 ratio cooked for 15-20 minutes.  When I tried that, it produced a bloated, softened seed that lay in a pool of viscous goo.  Appetizing, huh?  Well, get excited, folks, because I finally got to that al dente texture I loved so much about steel cut oats.  The best part?

It takes two minutes to cook.

If you need a take-to-work option, this is a quick, healthy breakfast, that topped just right will make even your doughnut-glaze besmeared coworkers chartreuse with envy.

In other words- buckwheat is healthy.  Eat it.  And here is a way to do it without waiting 20 min…

Soak buckwheat in two parts water, one part buckwheat in a jar in the fridge overnight.  In the morning, zap in the microwave for 2 min 30 seconds.

Be warned- like oatmeal, it will bubble over on you if you aren’t watching.  Happened to me every.  single.  time.  I even tried doing nothing but watching while it cooked- turning, turning, turning on the plate.  Obviously my attention span doesn’t last for even 2 1/2 minutes.

Buckwheat is relatively inexpensive at most grocery stores. If you can find it in the bulk bins, even better as they will provide fresher buckwheat due to a quicker turnover.

If you have Diabetes…

Buckwheat is rich in carbohydrates, making up about 72% of it’s content.  It’s very high fiber content should slow glycemic rises.  As always, you can see how a meal affects your blood sugars by testing just before you eat it, and 1 ½ hours after.  If you see a rise of >>> or more, you may want to consider decreasing the portion, adding another protein rich food (the protein availability of buckwheat is relatively low), or choosing something different altogether.

If you have celiac…

Good news- no gluten here.  Buckwheat makes a pretty darn good alternative to oatmeal, which is often contaminated with gluten.

If you have allergies…

Buckwheat is not considered to be a major allergen in the UK, though in Japan and Korea, it is.

As with everything, consume in reasonable amounts.  Binging on buckwheat because it seems to be the next superfood can, in rare cases, result in fagopyrism- a rash causing light sensitivity.  So lay off buckwheat sprout juice, won’t you? Too much, too fast. 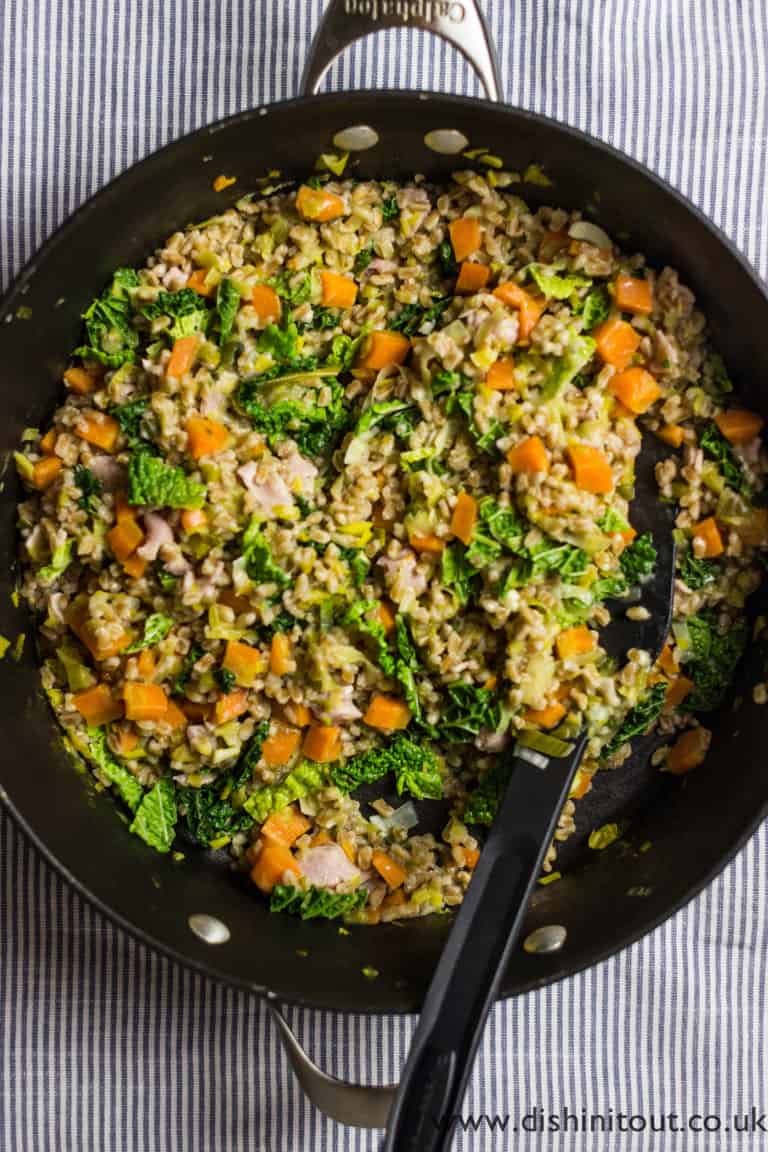 time to read 2 min If buckwheat was my darling of ancient grains this month of January, I can see February filled with farro. Whoa! You just witnessed the birth of a hashtag, my friends. #farrofebruary, anyone?

This one-dish meal is comforting, warming, nourishing. The softened leek and farro grains create a creaminess that would knock the socks off the most ardent dairy lover. 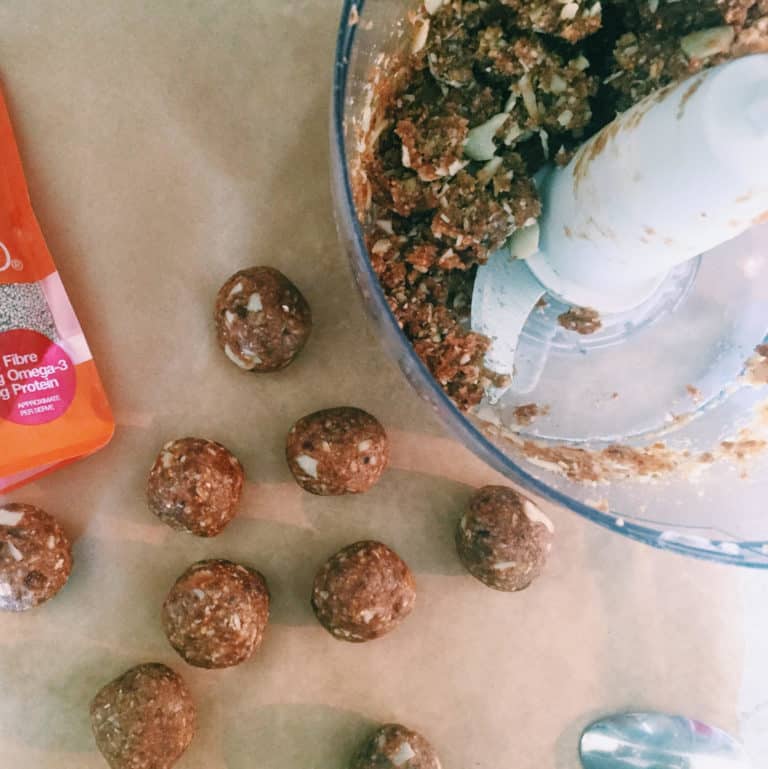 time to read 2 min   These bring figs, tahini, and almonds into a calcium packed delight.  I made them for the London trip this last week.  In the UK, we don’t have Lara Bars, so I thought I was going to make a poor man’s Lara bar.  I was pleasantly surprised at how these turned out on the first… 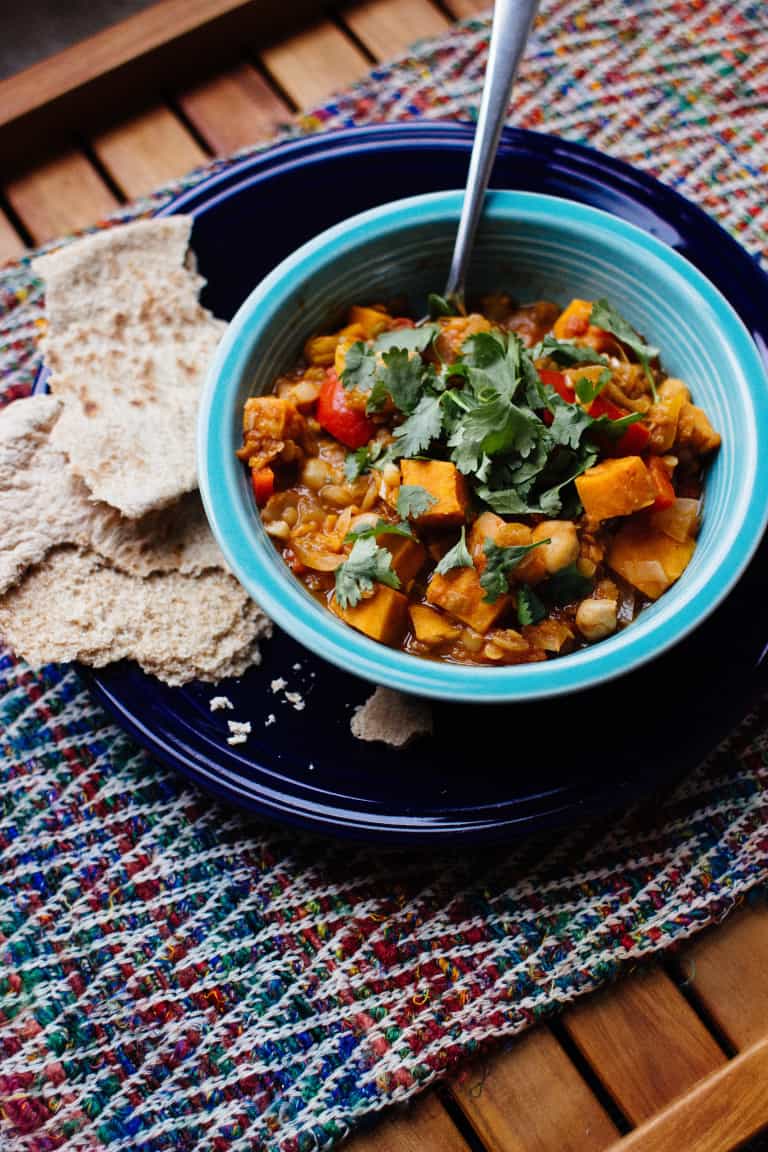 time to read 2 min   Los Angeles has so many ethnicities (and with it languages and flavors) packed into it’s city borders, you may think that a Moroccan stew is an influence of all that went on back home.  In actuality, however, the inspiration comes from this very Atlantic-wrapped tiny isle. The first week of our officially living in the UK,… 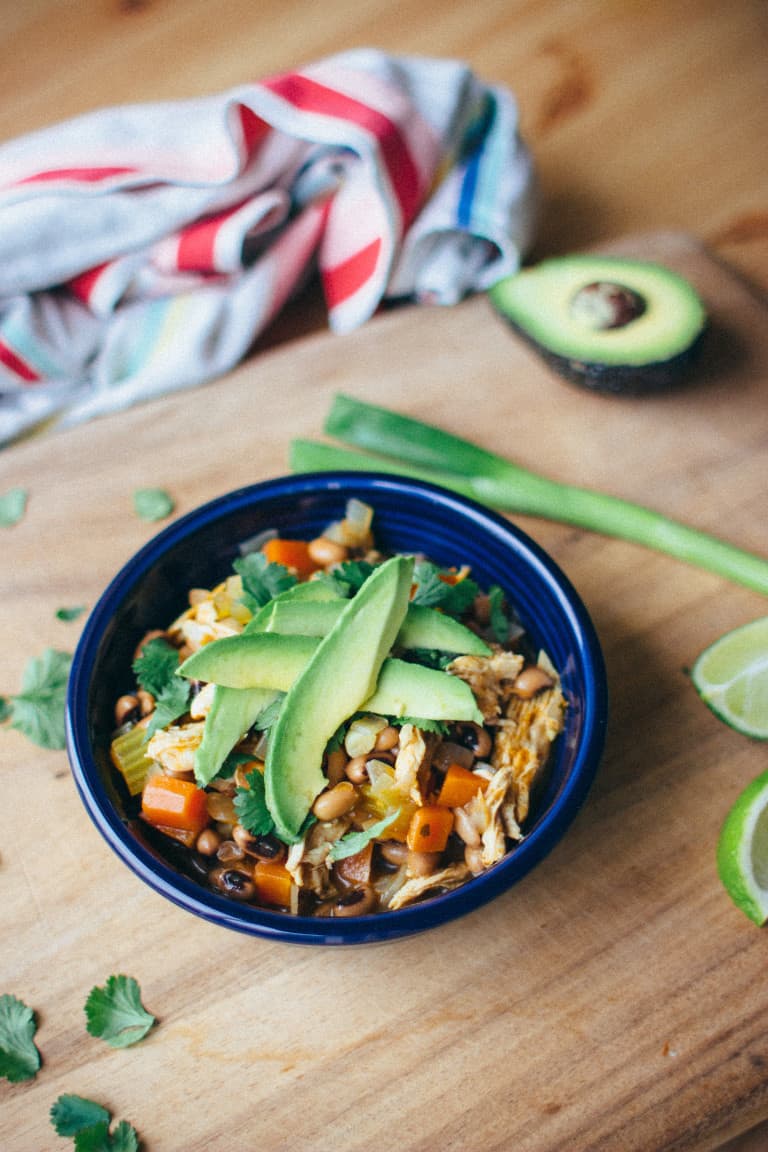 time to read 2 min You are probably thinking- ENOUGH WITH THE SOUPS ALREADY!!  I get it, I totally do, but it has been for a good reason. Ever since I moved to the UK, I haven’t had a working oven AND the current stove I have only has one working hob.  I KNOW!  So, believe me, I’m just as over… 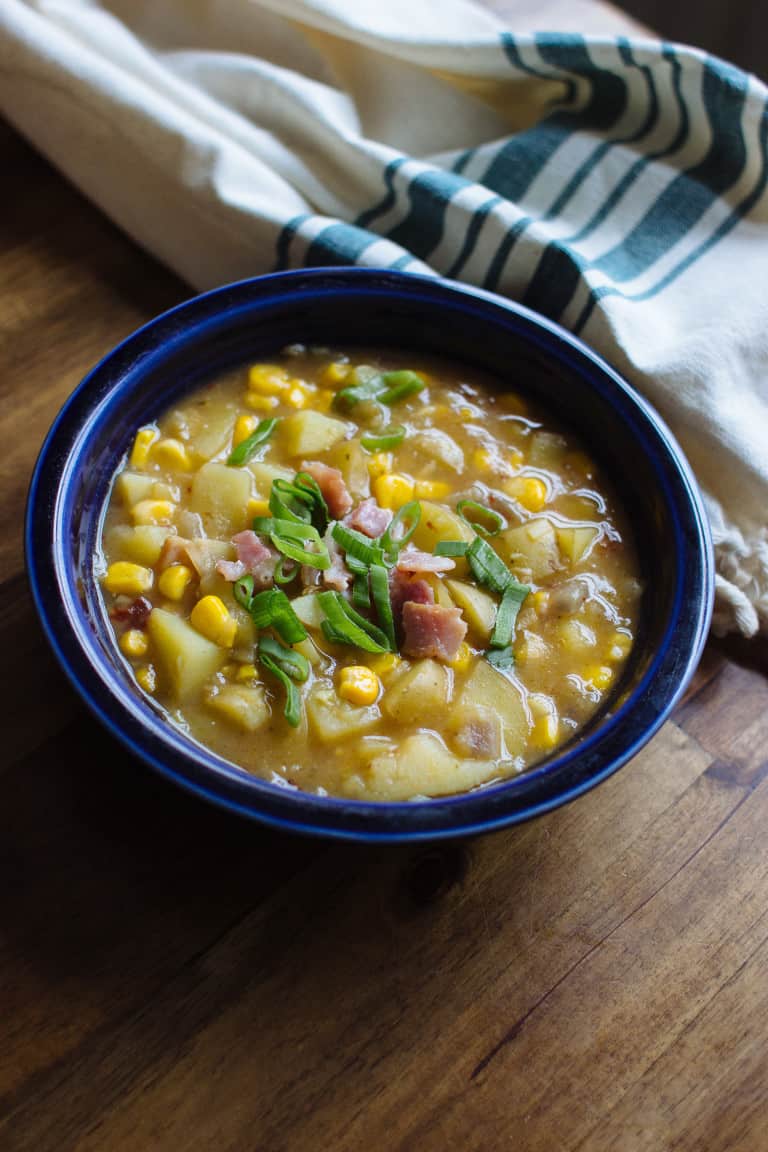 time to read 2 min This soup is hands-down my husband’s favorite thing I make.  My two year old loves it too.  Poor thing, though- sometimes I push the boundaries a bit much and throw in more adobo sauce than I should.  Last time I made it she had to kinda suck the air in between her teeth to cool… 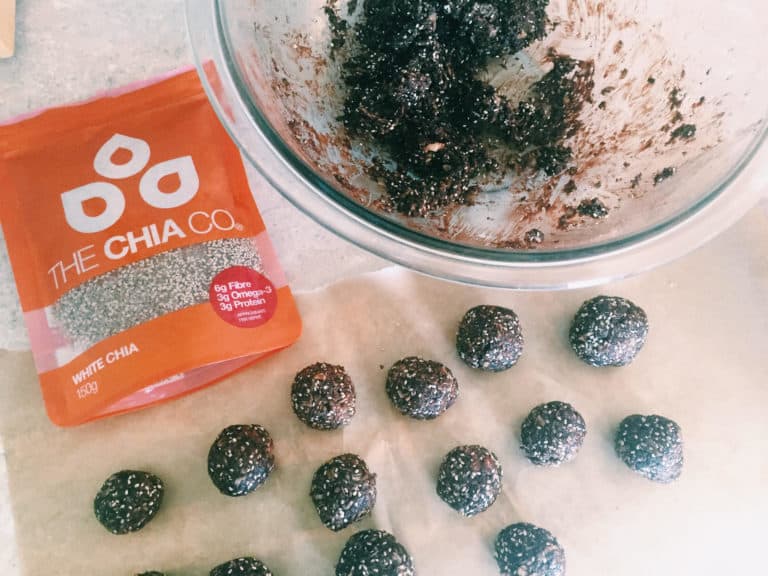 time to read 2 min I didn’t intend to post these Jumpin’ Monkey Bites on the site- they were just a random Instagram post but considering the feedback I got from emails, Instagram, and Facebook I thought I’d share the recipes here as well.  Someday I’ll update the photos and make it all look very pretty for you. When I… 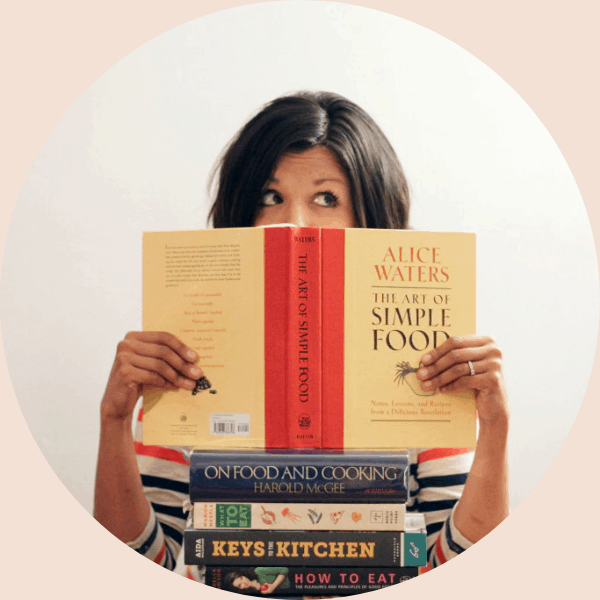 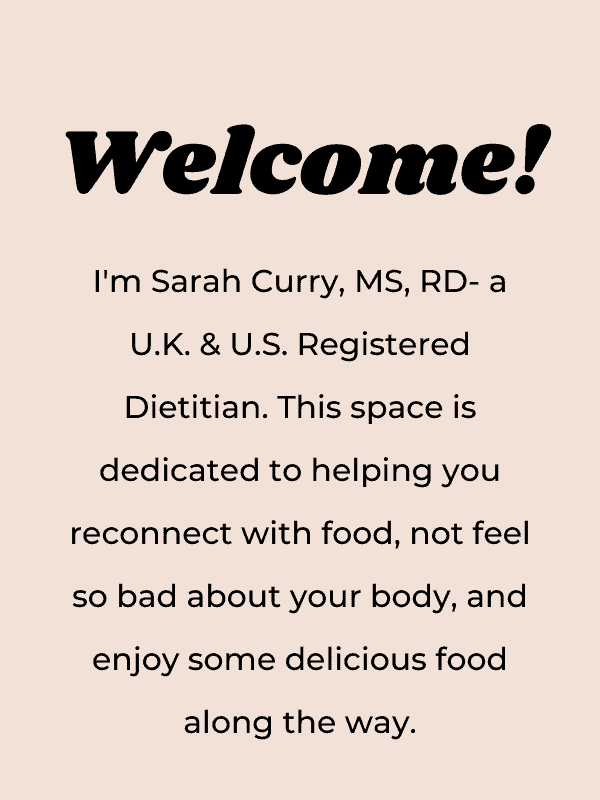